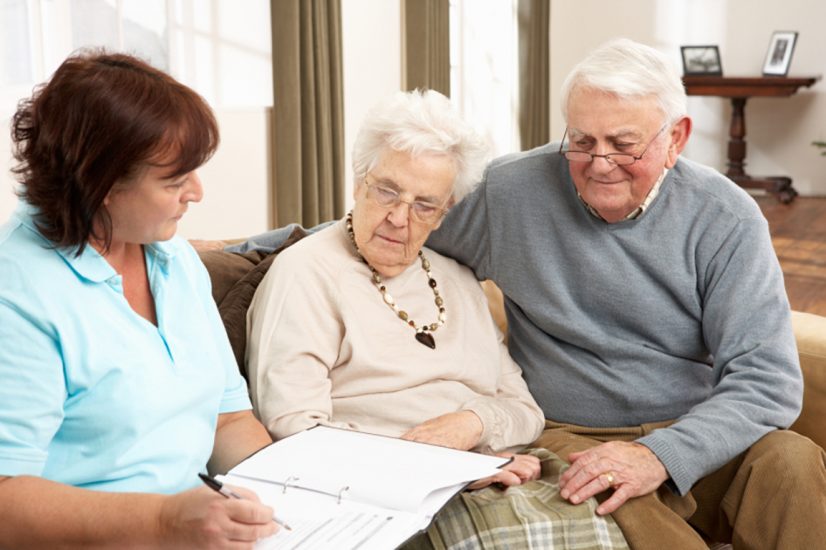 In ageing populations such as Australia, the rising prevalence of diabetes among older people poses significant challenges. Individualised care becomes more difficult to achieve in the face of functional decline, frailty, increasing levels of morbidity and polypharmacy, not to mention the dearth of clinical evidence for safe use of medications for people over 75 years1. Where people require residential or nursing home admission, quality diabetes management requires institutional systems and policies that promote and support staff to deliver care consistent with guidelines. 2

Diabetes Tasmania (DT) is the lead agent for the National Diabetes Services Scheme (NDSS) for the Older People Living with Diabetes Program. The DT project team, with funding from Primary Health Tasmania (PHT), has engaged 41 facilities across Tasmania since 2016 in a series of projects aimed at improving the quality of diabetes management for this vulnerable cohort. This article gives an overview of these projects and discusses some of the lessons learned by the diabetes nurse educators (DNEs) who took part.

Older people with diabetes are more likely to require admission to a residential aged care facility (RACF)5 due to a higher prevalence of functional decline and complications6, 7 as well as a greater incidence of cognitive decline and dementia.8-10 Advancing age after 60 years increases the risk of diabetes complications such as cardiovascular disease and hypoglycaemia, as well as mortality, regardless of the duration of diabetes.11 Adding to the complexity is a greater risk of falls,12 certain cancers,13 depression,14, 15 infections,16, 17 and consequent hospitalisations.18–20

During 2017-18, as many as 241,273 people received residential aged care services, an increase of over 2,000 from the previous year.21 It is conservatively estimated that 15-20% of Australians in      RACFs have diabetes.22, 23 However, the actual prevalence is likely to be much higher than this.24 Rates among the facilities we visited ranged between 15-25%.

Tasmania’s population is older and ageing at a greater rate relative to Australia overall.25 In 2017, Tasmanians aged over 70 represented 40.3% of all people registered with diabetes in the state, a prevalence of 16.7% (11,398)26. With this in mind, PHT funded DT to engage with RACFs across the state to support them in diabetes management.

DT developed a number of resources for diabetes management in RACFs. These include Diabetes management in aged care: A practical handbook, an accompanying abridged version for care workers called Fast Facts, as well as an audit checklist tool for managers to assess their facility’s policies and practices against guideline recommendations (Table 1). The first phase of the aged care project was to assess the impact of these resources once they had been provided to a number of facilities across the state. A small sample of eight RACFs agreed to complete the audit checklist and a DNE and dietitian delivered a group education session to nursing and care staff.

In 2017, the team expanded the scope of the project to include 20 RACFs. One of four DNEs was assigned to each facility to evaluate their policies and procedures, identify areas for improvement and assist with implementing changes over a six month period. The education package was recalibrated using topic-specific resources that facilities could use for ongoing training purposes at team meetings, handovers, or as part of initiation for new staff. These were designed as one-page summaries (Six Minute Intensive Training (SMIT)) of topics that included: healthy eating, hyperglycaemia, sick day management and hypoglycaemia (Table 2). Posters of each SMIT were also produced for facilities to place in clinical areas and meeting rooms (Figure 1). Screening and adverse events data were collected at baseline and at six months and further analysis included pre- and post-training staff evaluations and themed analysis of interviews with clinical managers as well as the DNEs.

The 2018 iteration of the project included 35 facilities. The audit checklist was reviewed in response to RACF feedback to make it shorter and to rename it as a quality improvement tool to avoid the negative connotations of an ‘audit’. Two further SMITs were developed to cover insulin action profiles and pen device injection technique for nurses (Table 2). Facilities were asked to nominate two residents to be reviewed by a DNE to compare diabetes management at baseline and at six months. Finally, education sessions were targeted to meet the particular needs of the facility, with the aim of encouraging senior staff to undertake their own topic-specific training at handovers or team meetings as needed, in a sustained approach.

Guidelines and practice: bridging the gap

Overall, the quality of diabetes management in RACFs was highly variable compared to national and international guidelines2, 27–32. For example, no facility was screening residents routinely on admission; glycaemic targets were not individualised with hypoglycaemia almost universally defined as <3.5mmol/L or <4.0mmol/L with no regard to hypo risk and reduced hypo awareness; similarly, hyperglycaemia was routinely tolerated up to levels of 20-25mmol/L; no facilities provided plans or guidance for sick day management; and very few facilities provided regular diabetes education for staff despite a recognised need by staff and managers. Hypoglycaemia management was notably varied with one facility unable to produce a hypoglycaemia management protocol, and with very few able to demonstrate any increased blood glucose monitoring after a recorded hypo, including one 15 minutes after treatment, for example. These findings are consistent with other reviews that found variable diabetes management policies and practices in aged care.23, 24, 31, 32

The second and third phases of the DT diabetes management in aged care projects incorporated semi-structured interviews with the DNEs. Where recommendations were not acted upon, they identified a number of barriers. These ranged from a reported lack of staff time to make changes; high staff turnover in some facilities; an inability of individual facilities to make changes where policies and procedures were dictated by state or national organisational quality teams; and reported reluctance to make changes by some GPs, especially around setting glycaemic targets.

Conversely, facilities that did implement recommendations did so where there was clear clinical leadership and advocacy to do so. For example, 16 of the 20 facilities in 2017 were able to implement screening at admission when clinical managers made changes to admission forms. A few facilities were able to set more appropriate hypoglycaemia targets for at risk residents where nurses were able to advocate for their residents with GPs. And while only one facility introduced sick day management plans in 2017, others succeeded in 2018 after DNE education of key staff using the SMITs on hyperglycaemia and sick day management. One facility was able to commence a resident with type 1 diabetes on continuous glucose monitoring (CGM) with nursing staff learning to support the resident to manage the device. This resulted in a significant reduction in hypos. The consistent feedback from staff in these cases was the benefit they felt in being able to collaborate with a DNE. None of the facilities had previously engaged a DNE to review residents or care plans.

The resident reviews (n=47) carried out in 2018, gave further insight into the gap between guidelines, facility policies and daily care. The reviews included interviews with the residents as well as assessment of their glycaemic management, medications and insulin at baseline and at six months. Many of the residents reported that overall they were not too worried about their diabetes and were satisfied with their diabetes management since entering the facility. Many were not aware of what their glycaemic targets or risks were. Residents essentially relied on nursing staff and remained unconcerned unless they felt symptomatic. The major concerns for residents focused on inadequate meal options and inappropriate timing of insulin and medications. The chart reviews revealed highly variable glycaemic management, with over half of them receiving no recorded changes in management in response to hyperglycaemia or hypoglycaemia. Also of concern was inflexible blood glucose monitoring regimens that showed few checks at critical times such as after a hypo or a fall or skipped meal, or in response to a change in glycated haemoglobin (HbA1c).

The ongoing work with RACFs by the DT team has highlighted the variation and obvious gaps in the quality of diabetes management as recommended by guidelines. More importantly, however, are the lessons the team learnt about the challenges to implementing changes at the ground level. It is not enough, for example, to deliver once-off group education for nursing staff. It is not enough to provide guidelines and a tool for managers to assess the quality of their policies and procedures around diabetes care. All of these things together, may provide a first step.

However, sustained and meaningful improvements require ongoing support and engagement, if we are to develop less reactive and more preventative care. This is a sector of our healthcare system that is under immense pressure. Aged care has arguably been overlooked when it comes to the standards of individualised diabetes care undertaken by multidisciplinary teams such as we apply them in tertiary and primary care settings. There is a need and opportunity for DNEs to work closely with RACFs. How this occurs in the future, given the rise in demand and ever-changing technologies and medications, requires further partnerships and work with RACFs across the country.

The next phase of the DT project will aim to work collaboratively with two aged care organisations and their facilities. The team will engage with management to develop system improvements to embed guideline-standard care plans and staff education. DNEs will also work with facility carers and nurses to identify key issues and barriers that exist in the delivery of quality diabetes care for their residents.

The team at Diabetes Tasmania who were involved in this project:

AIHW National Aged Care Clearing House. Data Request R1718_2643: People in Residential Aged Care Who Had Been Identified as Having Diabetes on the Most Recent Aged Care Funding Instrument Assessment, as at 30 June 2009-2017. Canberra; unpublished.