Diabetes and the gut microbiota: hope or hype?

Nicole Kellow is an Accredited Practising Dietitian and Credentialled Diabetes Educator with 15 years of clinical diabetes experience. She completed a PhD in 2017 and has worked as a lecturer in the Department of Nutrition, Dietetics & Food at Monash University since 2016. 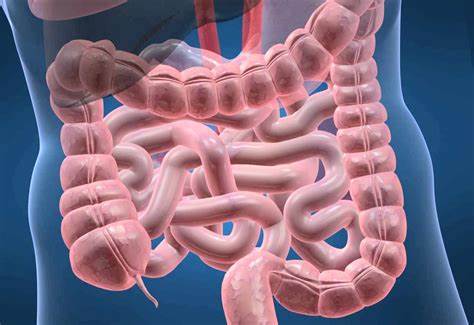 While genetics play a role in the development of metabolic abnormalities such as obesity and type 2 diabetes (T2D), environmental factors are thought to be responsible for the recent increase in the prevalence of many chronic cardiometabolic diseases. One environmental factor which has received recent attention is the composition of the human gut microbiota. The recent explosion in gut microbial research has been fuelled by improvements in the technologies used to identify different bacteria and a reduction in the cost of microbiota sequencing.

The estimated 1012 micro-organisms (bacteria, yeasts and fungi) per gram residing in the human colon and their fermentation products provide a variety of localised and systemic health benefits to the host, some of which may assist in the prevention and management of T2D1. Despite previous assumptions that the fetal gut is sterile in utero, new research suggests that the intrauterine environment may involve bacterial transmission from mother to unborn baby during pregnancy2. The human gastrointestinal tract becomes colonised by opportunistic bacteria shortly after birth, with the mode of delivery affecting the microbial species which inhabit the gut. Infants who are born by normal vaginal delivery become colonised by bacteria found in the mother’s vagina. However, infants born by caesarian section become colonised predominantly by micro-organisms found on the mother’s skin, and the skin of staff members present in the operating theatre at the time of birth3. Breastfeeding and formula feeding also encourage the growth of different bacterial species (more Lactobacillus species colonise the gut of breastfed infants)4, but the composition of the gut microbiota changes again and increases in complexity with the introduction of solid foods.  Antibiotic use during the early years of life may also have a detrimental effect on the diversity of microbes inhabiting the colon. By the age of 2-3 years it is thought that the composition of the gut microbiota becomes established and remains relatively stable, but dietary changes, illness and ongoing use of antibiotics and other medications can influence the type and diversity of bacterial growth throughout life.

The adult gastrointestinal tract contains over 1000 different bacterial species with at least three million different genes, and perturbations in their composition (known as ‘dysbiosis’) are thought to be involved in the early low-grade inflammation and insulin resistance associated with many chronic metabolic diseases such as obesity, the metabolic syndrome, T2D, cardiovascular disease and non-alcoholic steatohepatitis (NASH)5. Early research studies investigating the association between gut bacteria and obesity found differences in the gut microbial composition in obese versus normal weight individuals6, which were subsequently reversed by surgically-induced or diet-induced weight loss7. However, larger studies have since failed to confirm an association between obesity and the intestinal proportions of specific bacteria8, 9. While there is a weak association between gut microbial composition and obesity, it is smaller than can be detected by most microbiome studies due to large interpersonal variation and insufficient sample sizes10. Similarly, it has been difficult to show distinct differences in gut microbial composition between people with and without diabetes. Most intervention studies undertaken in people with T2D have been complicated by the fact that metformin (a commonly used oral hypoglycaemic agent) encourages the growth of a variety of beneficial gut bacteria11 including Akkermansia muciniphila, a microbe which contributes to maintaining the integrity of the gut mucosal barrier12.

While research involving the gut microbiota is still in its infancy, the field has generated a great deal of media attention which inevitably contributes to some of the following questions from individuals with diabetes:

Should I take a probiotic supplement?

Probiotics are defined as “live micro-organisms that, when administered in adequate amounts, confer a health benefit on the host”13. Probiotics contain a specific quantity of well-defined bacterial species that are known to be safe for human consumption and have also been associated with improvements in health. Up to 5% of the bacteria present in probiotics survive the passage through the human gastrointestinal tract to successfully reach the colon, which is still a significant quantity of microbes given the large numbers that are originally present in the probiotic14. Probiotics function to improve gut health by displacing harmful bacteria in the gut, competing with pathogens for nutrients and blocking the attachment of toxic species to the host epithelium. They also act to reinforce and strengthen the gastrointestinal barrier15.

Fermented foods (such as yoghurt, kimchi, kombucha, kefir) are not considered to be probiotics13. While consumption of these foods may be associated with some health benefits, it is difficult to distinguish whether these benefits are related to bacterial species or other non-bacterial components present in the food matrix. Many fermented foods also contain limited numbers of live micro-organisms, and some home-made products may be contaminated with harmful species13.

There is very good evidence that probiotic consumption is beneficial for reducing the severity and duration of acute infectious diarrhoea and antibiotic-associated diarrhoea16. However, the current evidence supporting the use of probiotics for improving diabetes management is very weak. To date, the human clinical trials exploring the effect of probiotic consumption on glucose and lipid levels have produced contradictory findings17. This is not surprising, as most were small studies that recruited a variety of different participants (some studies included only healthy adults, others involved people with diabetes) and each administered different probiotics. As any metabolic benefits arising from probiotic consumption are likely to be species or strain-specific, further studies are required using individual bacterial species in order to determine which (if any) probiotics can positively influence glucose homeostasis.

Recent research has focused on whether probiotic consumption during pregnancy can improve blood glucose management during the third trimester18 and potentially reduce the risk of developing gestational diabetes (GDM)19. Although some randomised controlled trials have demonstrated significant improvements in insulin sensitivity (HOMA-IR) following maternal probiotic supplementation, no trials have found any reductions in blood glucose levels or gestational weight gain20. Insulin sensitivity is an outcome not routinely measured in clinical practice, and if improvements in insulin sensitivity do not subsequently lead to reductions in blood glucose (which is an outcome of far more importance to individuals and clinicians), probiotics are likely to be of limited benefit during pregnancy. Although increased insulin sensitivity may result in reduced insulin requirements in women with GDM, this has not yet been explored as all of the trials conducted so far have excluded women requiring treatment with insulin or metformin. Moreover, all studies have provided women with a probiotic cocktail containing a variety of different bacterial species, making it impossible to identify the specific bacterial species associated with insulin-sensitising effects.

Do prebiotics reduce the risk of developing diabetes or help in its management?

A prebiotic is defined as “a substrate that is selectively utilised by host micro-organisms conferring a health benefit”21. In other words, prebiotics are food components which cannot be digested in the human small intestine, but move through to the large intestine where they are fermented by beneficial bacteria already residing in the colon. As a by-product of prebiotic fermentation, these microbiota produce a number of bioactive compounds (including short chain fatty acids) that may benefit host metabolism. Prebiotics are primarily carbohydrate-based (e.g. certain dietary fibres including inulin, fructo-oligosacchardes, galacto-oligosaccharides and resistant starch), but some non-carbohydrate food components also meet the criteria for classification as prebiotics (polyphenols and conjugated linoleic acid). Naturally occurring food sources of prebiotic fibres include chicory root, Jerusalem artichoke, leek, garlic, onion (which contain inulin and fructo-oligosaccharides), barley and oats (which contain beta-glucan), legumes (which contain galacto-oligosaccharides), bamboo shoots, fruit, vegetables, milk, honey (containing xylo-oligosaccharides), cereal grains, psyllium husk, pangola grass, bamboo shoots, corn hulls (containing arabinoxylans), wholegrains, legumes, unripe bananas, cooked and cooled potato/pasta/rice, and high amylose maize starch (containing resistant starch). Prebiotic powders derived from these food sources can also be consumed as a nutritional supplement.

Evidence supporting the consumption of prebiotics for improving the metabolic management of T2D is currently unclear and contradictory. Although most human trials have been unable to demonstrate beneficial effects of dietary prebiotics on appetite, body weight, fasting blood glucose or lipid concentrations, some studies have found that prebiotic consumption is associated with improvements in insulin resistance and inflammation that are involved in the pathogenesis of T2D22, 23. Results of human intervention trials have not replicated the convincing health outcomes seen in rodent prebiotic studies, likely due to the lower quantities of fibre tolerated by humans, the inter-individual diversity of the existing gut microbiota and the influence of genetics, age, gender, diet, exercise, sleep patterns and medication use on human metabolism. Until we understand more about the functions of the gut microbiota and how they interact with each other, consuming a wide variety of wholegrain breads, cereals, fruits and vegetables is far more likely to be beneficial for gut health and blood glucose management than consuming prebiotic supplements.

What about faecal microbial transplants for diabetes?

A faecal microbial transplant (FMT) involves the transfer of donor faeces from a healthy individual to a recipient with an altered gut microbiota with the intention of restoring a healthy gut bacterial composition in the recipient24. The donor stool (up to 100 grams) is first screened for the presence of known toxins, mixed with water or saline, processed in a blender and then strained through a filter. The sample can be freeze dried and packaged into capsules for oral administration, but the usual mode of delivery is via a colonoscopy tube or as an enema. FMT has a 90% cure rate when used in individuals with recurrent, antibiotic-resistant Clostridium difficile infection25, and the treatment is currently being explored for its utility in the management of other gastrointestinal diseases such as inflammatory bowel disease.

The effect of FMT in people with diabetes is currently unknown, and the procedure is not performed in this group outside of research settings. A small randomised controlled trial involving FMT from healthy donors to males with the metabolic syndrome resulted in a temporary improvement in peripheral insulin sensitivity and increased intestinal microbial diversity in some (but not all) recipients26. Only those individuals receiving stool samples from very specific donors (whom the researchers called “superdonors”) showed improvements in insulin sensitivity. The researchers were unable to identify any unique characteristics shared by the superdonors.

Potential interventions for favourably altering the composition of the gut microbiota in order to improve health show enormous promise. However, there is still much to discover about these bacteria and the evidence to support the routine use of probiotics and prebiotic supplements is currently lacking. Dietary changes affect the composition of the gut microbiota within 24 hours27. We should therefore remind people that they can take immediate positive steps to improve their gut microbiota through some simple dietary changes:

Finucane MM, Sharpton TJ, Laurent TJ, Pollard KS. A taxonomic signature of obesity in the microbiome? Getting to the guts of the matter. PLoS One. 2014;9(1):e84689.

Sze MA, Schloss PD. Looking for a Signal in the Noise: Revisiting Obesity and the Microbiome. MBio. 2016;7(4).

Mazloom K, Siddiqi I, Covasa M. Probiotics: How Effective Are They in the Fight against Obesity? Nutrients. 2019;11(2).

Sebastian Domingo JJ. Review of the role of probiotics in gastrointestinal diseases in adults. Gastroenterol Hepatol. 2017;40(6):417-29.