Tim is an Advanced Accredited Practising Dietitian who has spent most of his career in the world of university nutrition teaching and research. He now works chiefly as a freelance health and medical writer and scientific consultant. 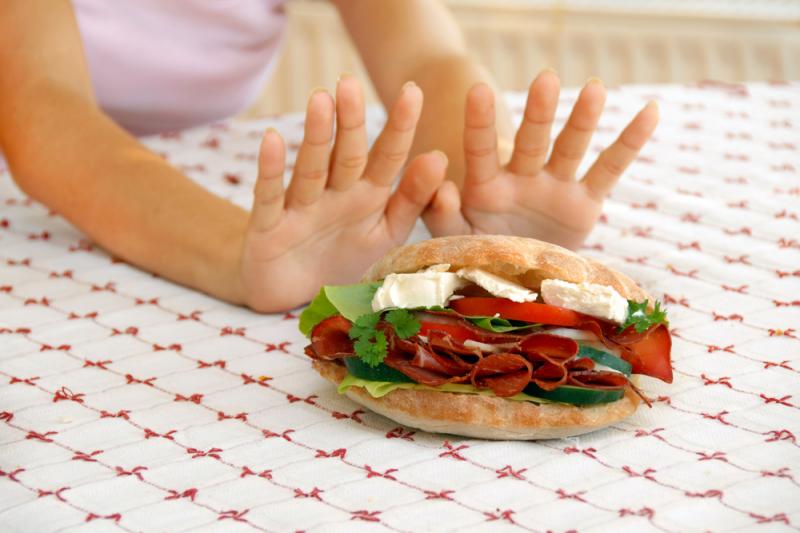 What is it about nutrition that seems to breed confusion and controversy? Surely something as apparently simple as ‘healthy eating’ cannot be that complex to study and communicate? But there you have the rub: nutrition is about eating and as humans, we are incredibly diverse creatures. There are a myriad of factors that influences what goes in our mouths. Mix in a dash of conflicting science and combine and is it any wonder that the public is confused?

To explain the confusion, let’s start with the science first. Nutrition is a young science. The first vitamin was only isolated and chemically defined in 1926. Fast forward to today, where an understanding of the role that nutrition plays in major non-communicable chronic diseases such as cardiovascular disease (CVD), type 2 diabetes (T2D) and cancer is accelerating at a rapid pace. But despite so much attention, the quality of research that informs it is not always the best quality. This is not an indictment on the researchers; it is more a statement on the tools available to them to study the links between diet and health.

Want to answer the big questions about how diet can alter a person’s risk of cancer? Good luck with that if you want to answer it by running randomised-controlled trials where people dutifully adhere to their assigned diet for years on end as we wait for the disease incidence to ramp up. Instead, researchers need to turn to observational studies, with all their inherent flaws, biases, confounders and ‘unknown unknowns’.

The tools available to measure what someone eats over the long periods of time that cohort studies run are imprecise to say the best. Many dietary assessment tools rely on self-reporting, using instruments like food-frequency questionnaires. The bias here is well described: people over-report eating ‘healthy foods’ such as fruits and vegetables and under-report how much discretionary foods they eat.1 And that’s on top of making the courageous assumption that we have great memories of what and how often we eat any one of hundreds of different foods.

Even with the best diet assessment tools, nutrition research is dealing with people each with their own unique food preferences and physiology. Just because an apple has a quantified effect on the glycaemic response, at the level of the individual there is a wide diversity in blood glucose responses to the same food between people. This has been elegantly demonstrated by Israeli scientists who tracked the influence of the same foods on blood glucose in 800 people for a week. Not unexpectedly, each person had vastly different glycaemic responses to the same foods and even meals.2 Use of a specially designed machine-learning algorithm that took into account anthropometrics, physical activity, and even a person’s unique gastrointestinal microbiota fingerprint was much more powerful in predicting an individual’s glycaemic response to food than knowing what the nutritional characteristics of the food were.

Finally, we have the presence of vested interests. It is all too easy to go after the low-hanging fruit such as ‘big food’ for funding research. But industry groups will do what best helps their industry and that is fund research that may be more likely to reflect a positive outcome. Be it meat. Or soft drinks. Or dairy. Or broccoli. The end result is the same: the balance of a body of knowledge can be tipped in a particular direction purely because of the industry funding dollars it attracts.

How concerned should we be in evaluating industry influence on nutrition research? Here’s one analysis. Research that has financial conflicts with companies that make sugar-sweetened beverages are less likely to find links between sugary drinks and obesity or diabetes-related outcomes.3

It doesn’t stop at the influence of ‘big food’. Researchers tied to a narrative with their research program (and maybe a large social media following and the odd best-selling book on Amazon or two) may find it difficult to do an about-face when conflicting evidence presents itself. As humans, we are all susceptible to this. The scientific method helps reduce it, but it cannot eliminate it entirely.

If you had to pick one area of nutrition that seems to generate the most controversy and debate it would be carbohydrates. Low-carbohydrate diets are hardly a new thing, with these diets coming into and out of popularity for decades just like fashion trends. Can we blame carbohydrates for growing waistlines? No. The simple explanation is that the amount of food (kilojoules) eaten has increased over time.4

Well-controlled weight loss studies find very little difference between low- and high-carbohydrate diets for long-term weight loss success or sustainability.5 It is the energy deficit created by restricting carbohydrates, fat or the volume of food that drives weight loss – not any metabolic superiority of one diet over another. The key predictor in these studies for weight loss is simply adhering to the diet that someone is following. Controversial stuff I know.

Health problems linked to carbohydrates only start when we rely too heavily on overly refined, highly processed carbohydrate foods. Foods like cakes, muffins, confectionery and soft drinks are over-represented in the Australian diet at the expense of minimally processed plant foods such as wholegrains and legumes. Wholegrains are linked to a lower risk of T2D, obesity, cancer and CVD.6 Yet these are the very foods that are advised to be turfed out of the diet when the latest advocate for a low-carbohydrate diet captures the public’s attention.

Want another example of polarised debate and opinion? Then look no further than saturated fat. For decades, saturated fat has been implicated as a major dietary culprit for CVD, but reading the popular press could have one believe that this has now been upturned. Even Time Magazine in 2016 proclaimed on their front cover: ‘Eat Butter’. Depending on what camp a person sits in, there is evidence to both support or debunk such a claim. Even meta-analyses, which are held up as the highest level of evidence, can give different conclusions depending on what research is included or excluded.

Despite all the debate, it loses sight of this one simple fact: nobody eats ‘saturated fat’ – people eat food. Food contains a broad range of nutrients. Even heart-healthy olive oil contains some saturated fat. Sure, it’s not a lot, but it is still there. Dietary messages framed around nutrients lose sight of the bigger picture of foods. The forest is lost among the trees.

With growing rates of obesity and T2D, the Australian Dietary Guidelines have received a lot of undeserved attention as the ‘smoking gun’ to explain this. If only public health nutrition was so simple: ‘Build the guidelines and they will come’. If you believe that, then I have a bridge in Sydney to sell you. What the guidelines say and what Australians eat are as far apart as the shores of Sydney Harbour.

In 2017-18, only half of adult Australians met the recommended two serves of fruit per day.9 And the news on vegetables was worse: just seven percent met the guidelines for five (for women) to six (for men) serves of vegetables each day.

So, if we are eating so few fruits and vegetables, what are they being replaced with? Look no further than the discretionary food list. Fully one-third of daily kilojoules come from foods such as cakes, biscuits, alcohol, soft drink and chips – none of these foods are core recommendations in the guidelines and appear in the ‘Eat in small amounts’ section of the Healthy Eating Pyramid.10

The cognitive dissonance of anyone blaming dietary guidelines for weight and health problems when so few people follow them is writ large as a gateway into promoting an alternative dietary paradigm. Yet the benefits of following these guidelines has been nicely illustrated in a 15-year longitudinal study in older Australians where greater adherence to the principles around the dietary guidelines led to a 21 percent lower risk of earlier mortality from all causes.11

Dietary patterns for the win

Amid the competing voices on what foods and nutrients are best and worst for our health, there is some common ground that most camps can agree on. The need to eat more minimally processed plant-based foods and less processed foods high in sugar is one such theme. Rather than a nutrient focus, nutrition research is now turning its attention to dietary patterns. This makes perfect sense. We eat a whole range of foods, not just nutrients.

One of the largest ever scientific reviews looking at associations between food and beverages and the risk of diet-related disease has reinforced the fundamental dietary patterns for good health. The review looked at diet and chronic disease risk from 304 meta-analyses and systematic reviews published in the last 63 years.6 It was plant-based foods that were most protective against the risk of developing chronic disease compared to animal-based foods. Among plant foods, wholegrain-based foods seemed to have a small edge over fruits and vegetables. For animal-based foods, dairy products overall were considered neutral on health and fish was considered protective. Red and processed meats were linked to higher disease risk as too were sugar-sweetened beverages and highly refined low-fibre grains.

The findings from this major review are close to a carbon copy of existing dietary guidelines that have changed little over the decades. Eat more plant-based foods than animal foods, choose wholegrains over refined grains, limit red and processed meat and choose other beverages in preference to soft drinks. Such recommendations may not get media attention or help sell books in numbers like the latest fad diet, but they are the cornerstone of long-term health in preventing and managing many chronic health conditions. Get the core of these guidelines right, and you can hit the snooze alarm when the next nutrition controversy surfaces.

Tips on working with clients

Swinburn B, Sacks G, Ravussin E. Increased food energy supply is more than sufficient to explain the US epidemic of obesity. Am J Clin Nutr 2009;90:1453-6.